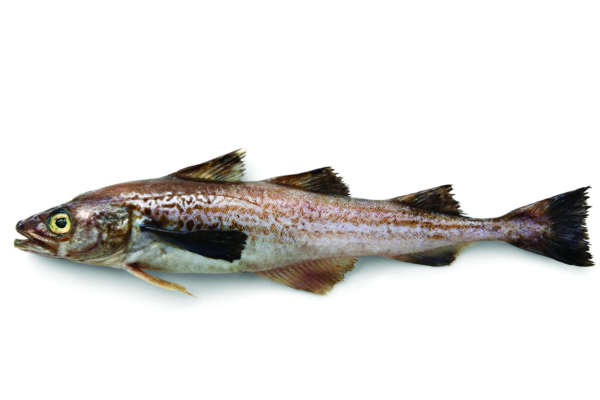 Alaska pollock can be found ranging from surface waters to depths of over 500 meters.

The high protein content of wild Alaska Pollock is easily digestible and has all nine amino acids the body can’t produce itself — a complete protein of the highest quality.

Alaska Pollock is a member of the cod family and shares many of the same attributes. It is different from Atlantic pollack, which is a darker, oilier fish. The average weight is 1.5 to 2 pounds.

Alaska Pollock is harvested in the Gulf of Alaska and Bering Sea from mid-January through April and June through October, and is also available frozen year-round.

In Alaska, protecting the future of both the stocks and the environment takes priority over opportunities for commercial harvest. Populations of Alaska pollock in the Bering Sea, Aleutian Islands, and Gulf of Alaska are estimated separately using annual scientific research surveys. Managers use survey data to determine the “TOTAL AVAILABLE” population, identify the “ALLOWABLE CATCH” and set a lower “ACTUAL CATCH” limit to ensure that the wild population in Alaska’s waters will always be sustainable.

The Alaska pollock fishery is the largest sustainable fishery in the United States.

Due to its versatility, no part of an Alaska Pollock goes to waste. Referred to in Japan as tarako (salted) and mentaiko (spiced), Alaska Pollock roe is popular for its rich, salty flavor. Alaska pollock stomachs and milt are also enjoyed in China and other Asian countries. The oil is used for pharmaceuticals and collagen is made from the skins. Everything that is not consumed is made into high protein fishmeal to feed aquaculture species.

Find wild Alaska pollock in your local grocer in the frozen section in fillets, portions, unbreaded, breaded and various other options. Unsure about origin? Just #AskforAlaska and look for the Alaska Seafood logo.

This tender and mild whitefish is extremely versatile for use in a variety of different recipes that include pan-frying, steaming, poaching, grilling, and baking. 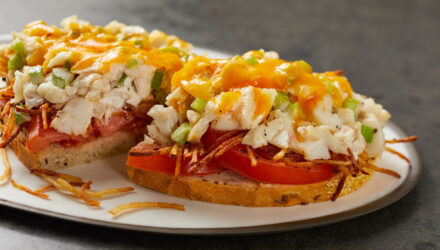 A quick pollock salad over rye bread with a melty cheese layer and crunchy frites.
Favorite 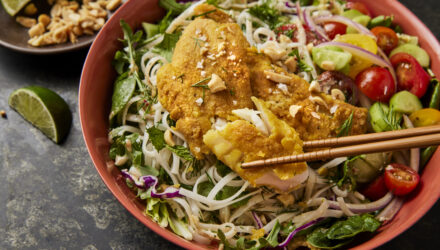 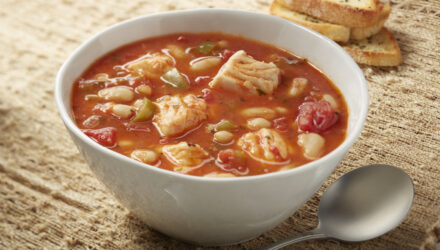 All the flavors of Italy are enhanced by Alaska halibut in this easy-to-prepare traditional fish soup.
Favorite 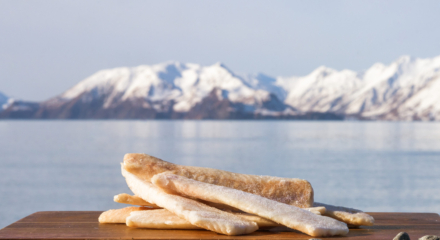 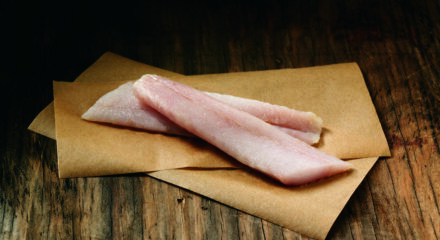 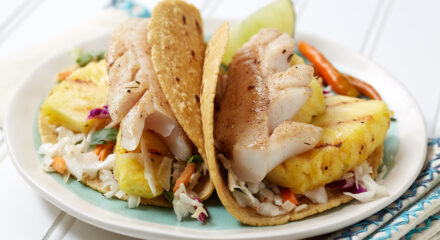 Have questions about Alaska seafood or looking to get in touch? Drop us a line!