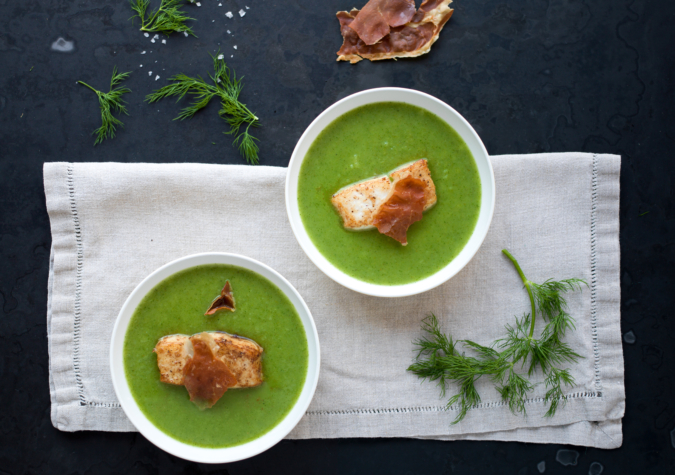 The link between seafood and brain health is clear.

EPA & DHA reduces small proteins in the brain that promote inflammation and are associated with depression, Alzheimer’s disease and cognitive decline.

Research has shown a clear link between low blood levels of omega-3 fatty acids and increased rates of postpartum depression. Every 1% increase in DHA in the blood is associated with a 59% reduction of depressive symptoms in pregnant mothers.

Reduced Risk of Alzheimer’s and Dementia

Increased levels of EPA & DHA in the blood are proven to decrease one’s risk of developing Alzheimer’s and dementia.

Increased levels of EPA & DHA in the blood are associated with increases in gray matter, brain volume and improved cognition. As the dominant fatty acid in the brain, DHA, has the ability to turn on the growth of new brain cells and can protect and enhance the function of the existing ones.

Consuming wild Alaska seafood that is rich in omega-3’s has been proven to decrease the risk of developing dementia and Alzheimer’s disease.

Given that 60% of our brains are made up of fat, omega-3 fatty acids are among the most important molecules that determine your brain’s integrity and ability to perform. 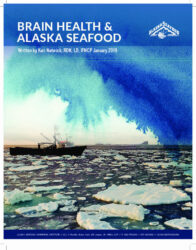 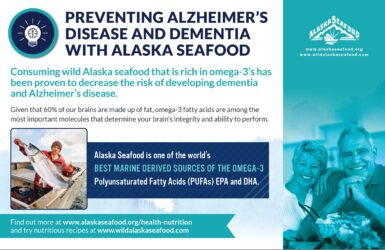 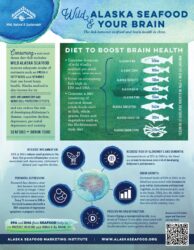 Wild Alaska Seafood and Your Brain

Learn more about the Benefits of Alaska Seafood