The omega-3 fatty acids found in fish, EPA and DHA, help to protect, restore and rebuild the brain.

The connection between diet and brain health has been well documented, and omega-3 fatty acids, particularly EPA and DHA, can change your brain and help to improve your mood.

Wild Alaska seafood is one of the world’s most significant sources of EPA and DHA. 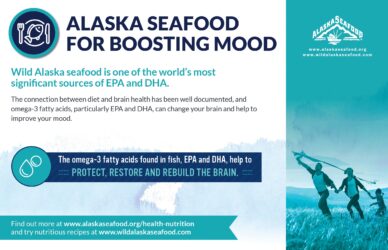 Learn more about the Benefits of Alaska Seafood.