As supply lines become ever more complex in the tightly interwoven fabric of the global economy, there is something inherently comforting in the modern foodscape in knowing (and trusting) the origin of our food, an attribute that is of increasing importance to consumers around the world.

The United Nations Food and Agriculture Organization defines traceability as “the ability to follow the movement of a food through specified stages of production, processing and distribution.”

For seafood produced in Alaska, industrywide efforts to ensure this wild, public resource is synonymous with high quality have made the ability to trace seafood through the supply chain back to the state relatively easy.

Seafood producers in Alaska are already bound by federal regulations, which inherently include components of traceability; the USDA’s Country of Origin Labeling law and the U.S. Seafood Import Monitoring Program; as well as the FDA’s Hazard Analysis and Critical Control Point plan, which requires recordkeeping ensuring that food safety requirements are met and documents the alteration of fish and shellfish into seafood products.

Yet, the traceability tool of perhaps greatest use has been one of the simplest: A piece of paper called a fish ticket. Much like traceability, a fish ticket is just as it sounds, a documentation form for any commercial fishing. The first receiver (any first purchaser, processor, exporter or transporter) of raw fishery resources, as well as catcher-sellers and direct marketers, must complete and submit a fish ticket to the Alaska Department of Fish and Game.

Fish tickets in their original paper format are still used widely but have also been incorporated into the Interagency Electronic Reporting System, better known as the eLanding system. While paper fish tickets are primarily for state-managed species and fisheries, the eLanding system incorporates that data into a larger pool, representing a greater scope of the commercial operations in Alaska, adding to information gathered from the NMFS Alaska Region, responsible for federally managed waters and species off Alaska like groundfish, and the International Pacific Halibut Commission. While paper tickets are still available, the eLanding system automatically generates a printable fish ticket for submission to ADF&G, as well.

Fish tickets, be they paper or electronic, serve several functions: They document who caught the fish, whether fish are being sold, discarded, or retained, act as a receipt or bill of sale between the harvester and processor, and assist fishery managers in recording the taking of a public resource, allowing proactive management of species populations. The information required on a ticket includes species, weight of the catch, harvest dates, the fishing statistical area of the harvest (particularly important for tenders handling the catches of numerous vessels), individuals/entities involved, the vessel operator’s commercial fisheries entry commission number, and the processor’s license code. Fish ticket requirements have existed since 1969, and though the forms have expanded over the years, the initial information requested then is compulsory today, meaning there is more than 40 years of fish ticket data for managers to study and use for various allocation programs, economic data study, and management efforts.

This robust data set, collected at the very first step of the supply chain, is combined with other tools like batch numbers, bar codes, and even blockchain systems, all tracking products as they are received, processed, labeled and shipped all over the world.

In addition, many of the fisheries in Alaska are certified to independent, third-party sustainability programs like Responsible Fisheries Management and the Marine Stewardship Council, which have exacting chain of custody standards to evaluate and affirm a fishery’s traceability.

This following of the fish’s records through the supply chain means that not only can we trace Alaska fish back to Alaska, but to the vessel and harvesters responsible for hauling in the catch, with the same stringency and attention to detail as Alaska’s fisheries management, ultimately building trust and adding value in the competitive global marketplace.

John Burrows is the Seafood Technical director for the Alaska Seafood Marketing Institute in Juneau, Alaska. With a background in seafood research, he is a technical and scientific information source for seafood quality, safety, nutrition, and sustainability.

Each month, ASMI curates a column for National Fisherman highlighting topics and issues relevant to Alaska seafood called “Northern Lights” which is authored by rotating voices and organizations from across the industry. 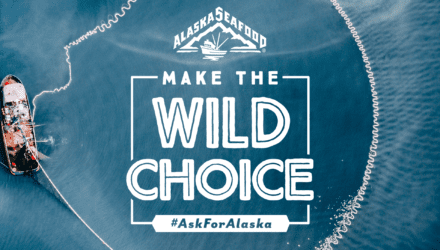 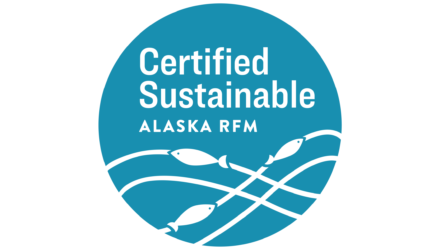 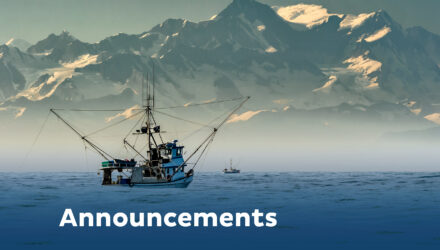