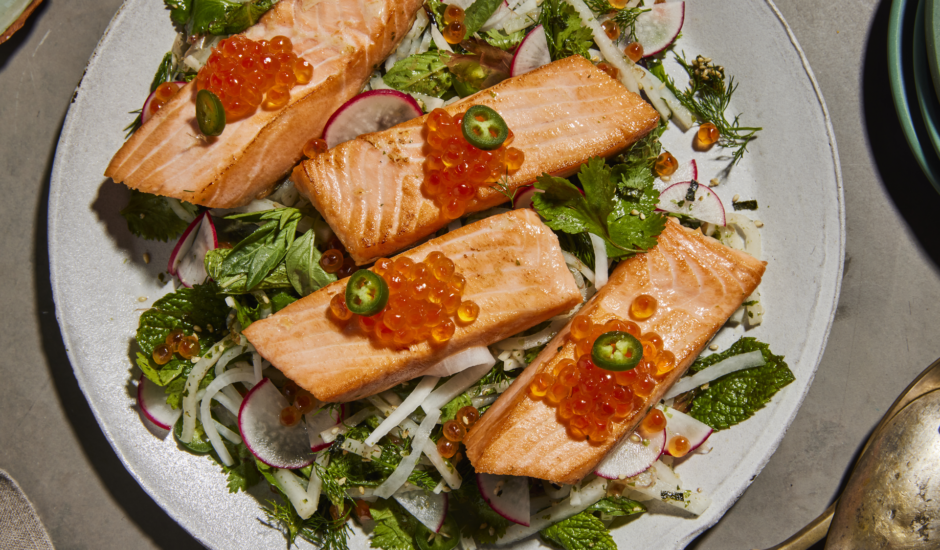 Try this bright and herbaceous, sweet, and briny, spicy, and crunchy salad, made even better with the addition of rich Alaskan salmon belly. 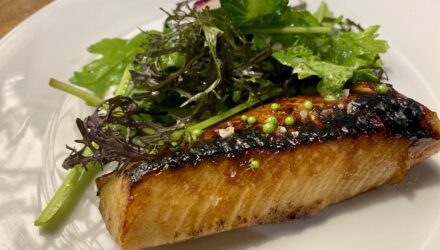 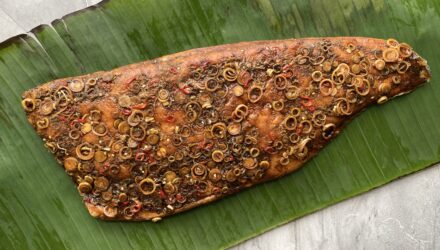 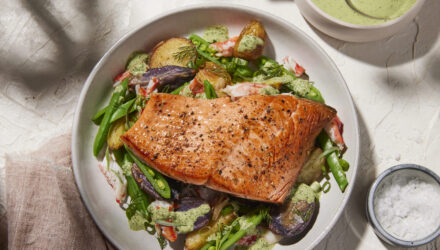